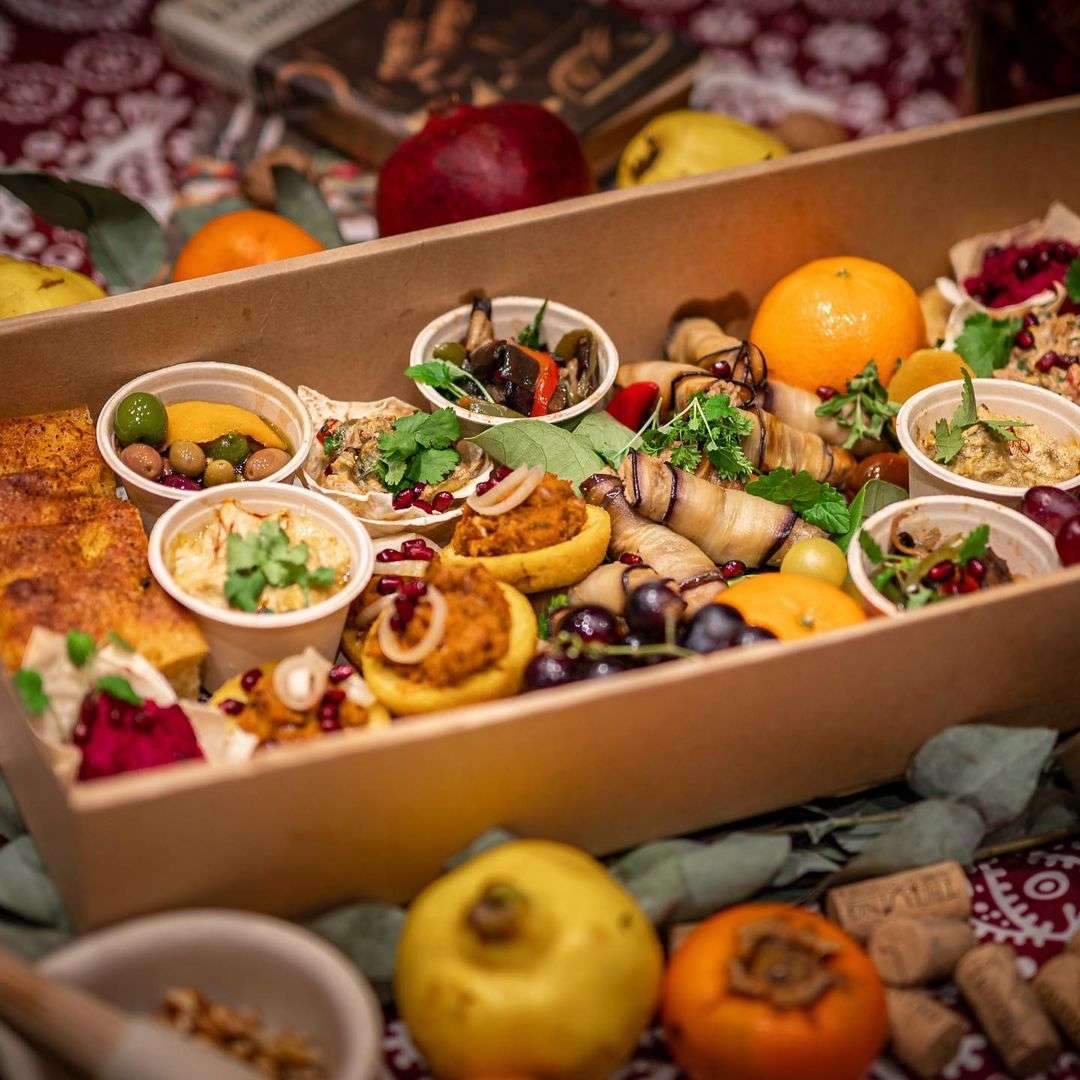 We'd like to introduce you to @chefpaata ( Paata Khutsishvili ). You might know of him, you might not? Best known around town as the former head chef at @giro_osteria in Cronulla.

Having left Giro recently he's just launched a new business with his wife and we think you're going to like it.

From an early childhood, Paata grandfather’s cooking was always a special memory for him. Paata believes it developed his understanding of good food and ultimate respect for fresh ingredients and produce.

Paata started his career at the age of 16 and has worked in many reputable cafes and restaurants around Europe. He made the move to Australia back in 2013.

Through some serious passion and ambition Chef Paata opened his first business, a Georgian pop-up restaurant in Newtown.

The project was successful, but despite good potential to grow he had to close it due to complicated visa procedures. After this Paata spent one year in outback Australia.

In 2016 Paata started working at Giro Osteria in Cronulla, the venue has been bringing an authentic taste of southern Italy to southern limits of Sydney.

FUN FACT: Where is Georgia?

We know it as a state in the US however, his hometown of "Georgia" is actually located between Europe, Asia and the Middle East. The food is definitely a mix of criss-crossed cultures.

Paata learnt a lot at Giro and believes this is where he really excelled as a Chef having built up an amazing reputation for himself in the local area over the past 5 years.

Being Georgian and living in Australia @chefpaata wanted to introduce Georgian culture though food to people who may never get to experience the taste and flavours of Georgian cuisine.

Chef Paata’s new project was supposed to be a little local Georgian cafe or restaurant, but lockdowns pushed his plans in a different direction.

Him and his wife came up with an idea that if people can’t go to try Georgian food, Georgian food will come to their places.

Put in an order online here >>>

Want to win the ultimate Shire Picnic for you and 4 mates? Chef Paata is including one of his Picnic sized grazing boxes for this months Shire Talk giveaway.

Chef Paata is looking forward to the times when things get back to normal (October 11th), but for the time being he will be offering Georgian food boxes and Grazing boxes for delivery in the Sutherland Shire.

Shire Talk Asked: Any exciting developments on the horizon for your business?

"We are working on Georgian cooking kits for delivery in the Sutherland Shire. We want people to discover their love of cooking the same way we did."

Tell us about a book that has impacted the way you work in your business.

Is there someone in your business you'd love to give a big 'thank you' to; and why?

"My wife. That was actually her idea to try and do grazing boxes when lockdown hit."

Tell us about the positive impact your business makes for the Shire community and beyond.

"No chemicals, preservatives or additives in my food. Simple, natural ingredients. Seasonal fruit and vegetables plus daily fresh meat and fish from local suppliers and shops."