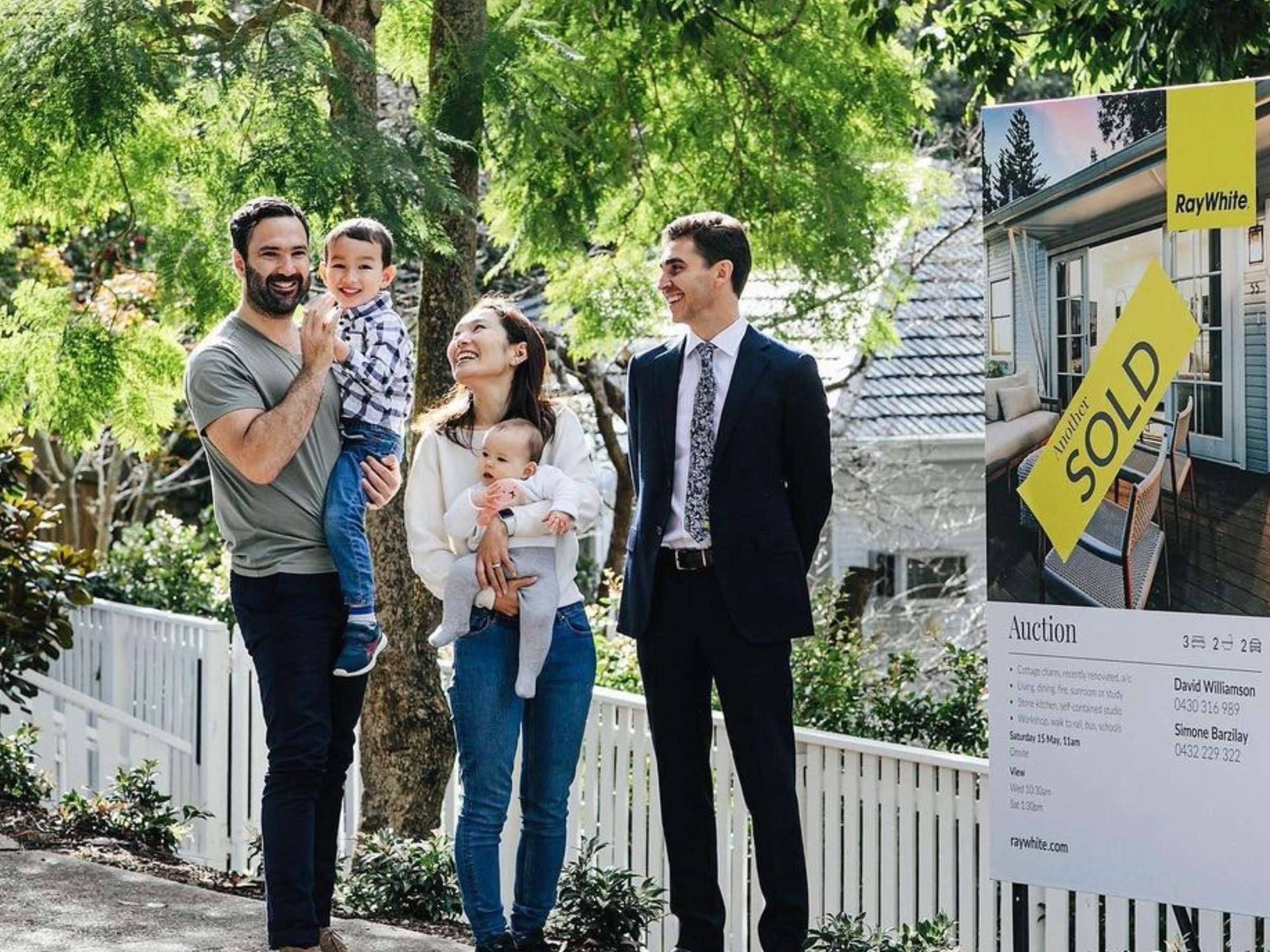 It’s been an interesting year for residential property with prices accelerating, many of us in and out of lockdowns and a population shift out to regional areas and to northern New South Wales and South East Queensland.

With the start of restrictions to finance now in place, and continued talk of interest rate rises, what are the key influences for 2022?

Here are some expert real estate market predictions for this year:

While the commentary around price falls is again ramping up, the reality is that at this stage it’s looking unlikely that prices will see a sharp decline in 2022. We’re heading into a period of strong economic growth, rather than a recession, and business and consumer confidence is high. Nevertheless, it’s unlikely that we will continue to see the same rate of growth over the next two years that we have seen over the past two years.

Barring an unforeseen event, there are three things that could slow the market. The first is an increase in the number of properties for sale, the second is an interest rate rise and the third are heavy restrictions on finance.

The number of properties for sale has picked up over the past few months, primarily because lockdowns have now ended. Already this appears to be slowing the market - days on market have increased and we’ve seen a slight drop in average active bidders at auction. While this will slow down pricing, this will not be a factor driving down prices.

Finally, restrictions to finance have started however at this stage are relatively light touch. It’s likely that further restrictions will be put in place early next year, particularly if investor lending does not slow. Positively, APRA are moving carefully with regards to this.

With prices continuing to rise, albeit at a slower rate, a strong focus by the government on affordability will continue. This is shaping up to be a major issue leading up to the federal election next year.

2. Regional shift to continue but at a less rapid rate

Since the start of the pandemic, we’ve seen the biggest move of Australians to regional areas ever recorded. The largest increases in population as a result of this shift were seen in regional Queensland (mainly Gold Coast and Sunshine Coast), New South Wales and Victoria.

The shift was driven by strong mining and agricultural conditions, a lifestyle shift that came about from changes to the way people work, greater demand for second homes and the search for space. Many of these will change in 2022 and as a result, it’s unlikely we’ll see the same strong conditions we saw over the past two years in regional areas continuing over the next two years.

While this is the case, it’s likely that the regional shift will continue, primarily because it was already occurring prior to COVID-19. In the five years prior to the pandemic, regional areas like Geelong and Southern Highlands and Shoalhaven saw some of the strongest price growth in Australia. It’s likely that these areas, plus others that are within commuting distance to capital cities, will continue to see population movement, and by extension, price growth. 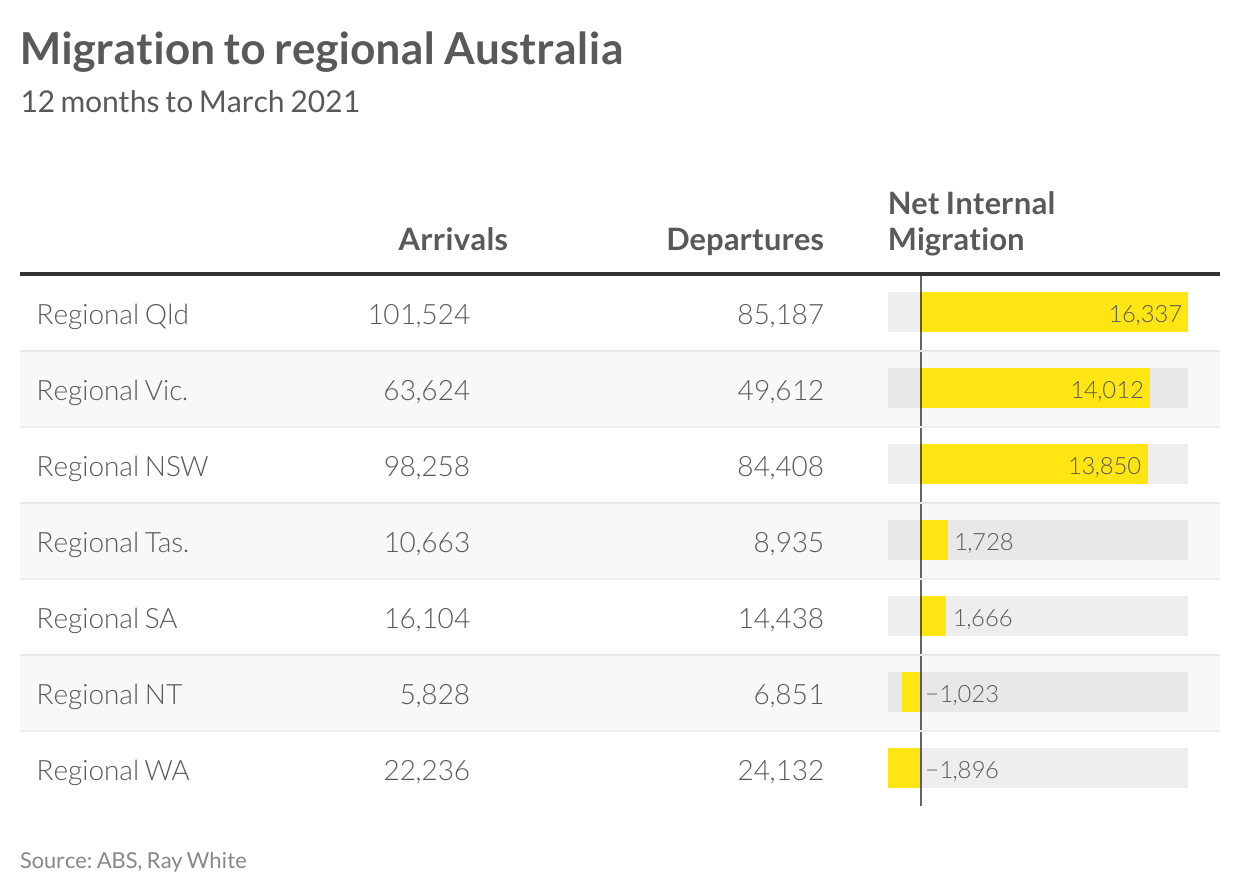 If you could live anywhere, where would it be? It appears that during the pandemic, many people’s wishes came through. Freed from the constraints of an office commute, cashed up with high savings rates and able to access cheap finance, people and money flowed northwards. It culminated in very strong conditions in South East Queensland, as well as northern New South Wales.

It’s likely that the northern migration will continue into 2022. Even with closed borders and extended lockdowns, we saw very high levels of movement of people from Sydney and Melbourne up to the Gold Coast, Sunshine Coast and Brisbane. Open borders will enable people to move up there more easily. Add to this positivity off the back of employment growth and the Olympics, as well as tougher economic conditions in Melbourne particularly, and this part of Australia is looking particularly positive.

While South East Queensland will possibly do even better as a result of open borders, it’s likely that flows up to northern New South Wales will slow. This part of Australia has benefited particularly from changes to the way that people work, as well as strong demand for holiday homes. More people are likely to be called back into the office next year and holiday home demand is likely to moderate with international borders opening again.

4. Luxury property to continue to be a strong performer

Demand for luxury property hit record highs in 2021, driven by the same factors that drove the rest of the property market, as well as some sectors of the economy that benefited from the pandemic.

It’s unlikely that any part of the residential property market will do better in 2022 than it did in 2021 and luxury property is no exception. It’s however less likely to be influenced by restrictions to finance which is set to be the main driver of a slowdown in early 2022.

5. Revitalisation of our CBDs

Property markets in our CBDs have been the hardest hit of all as a result of the pandemic. Office, retail and residential vacancies rose in many CBDs as office workers stayed home, overseas students were locked out of the country and some of our vibrant and exciting CBDs became ghost towns.

The CBD residential markets were our biggest - Melbourne and Sydney CBDs. Over the past 12 months rents have fallen over 25 per cent in Melbourne CBD and nine per cent in Sydney CBD. Both cities were hit with longer lockdowns than other cities, and also have many more apartments.

Meanwhile in Perth, which was rarely locked down and is also seeing one of the strongest rental growth markets in Australia saw a 12.5 per cent increase in CBD unit market rents.

In 2022, we are going to see a return of our CBDs. Much of the return will be driven by market factors - office workers will return, retail and entertainment venues can now reopen and foreign students are coming back. It will however be helped along by a strong focus by local councils in getting activity back into our central areas 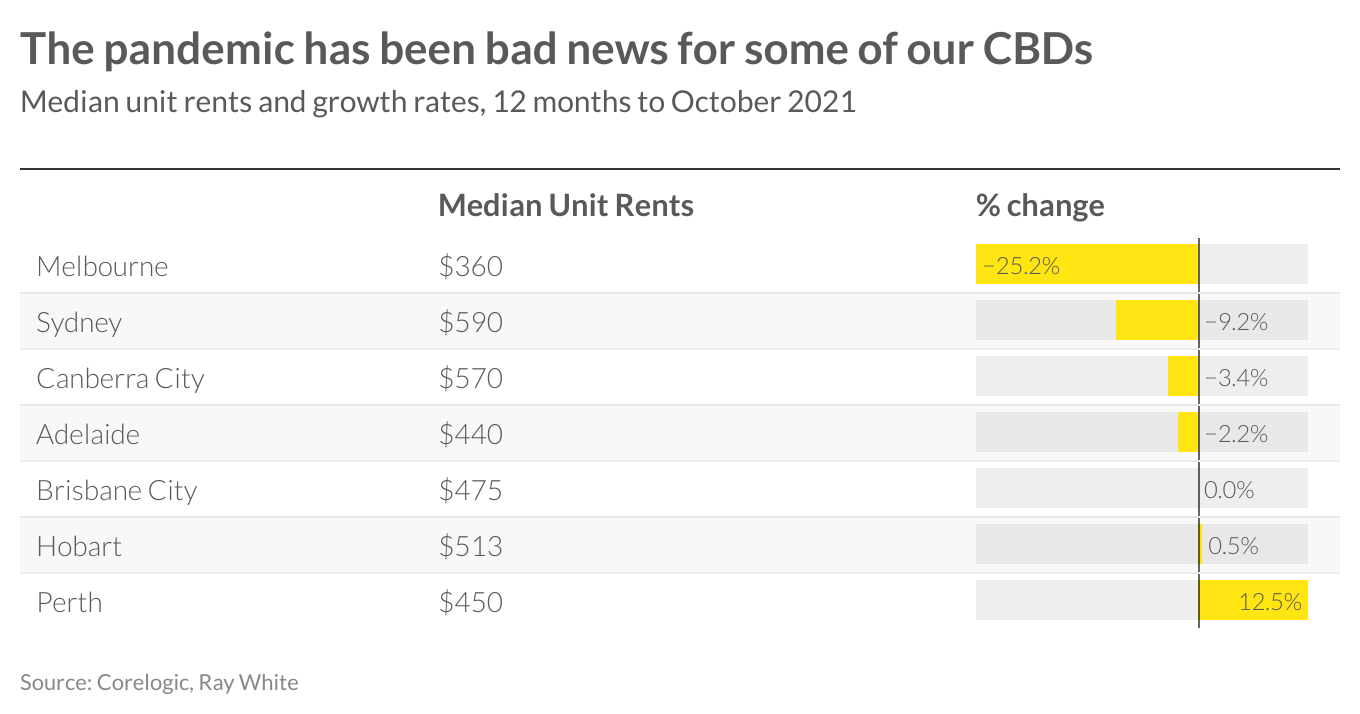 One of the more surprising impacts of the pandemic, given that we have seen more people leaving Australia than arriving, has been the sharp rise in rents in some locations. While international migration was paused during the pandemic, we did see high levels of interstate and intrastate migration to regional areas and to South East Queensland. The areas that attracted people saw high rental demand, and a flow on from this was strong growth in rents.

In addition to this, it does appear that rental markets also benefited from high savings rates, a factor that also drove up house prices. This showed up particularly in house rents which stabilised early in the pandemic but have now hit record highs. In contrast, unit markets have only recently begun to climb and are still falling in some central locations.

Borders reopening will increase demand for rental housing. When people move to a country or region, most rent first. In addition, foreign students are returning which will also increase pressure on unit rents close to education facilities. As to how much, it will depend on the pace of international migration, as well as how interstate migration trends change. 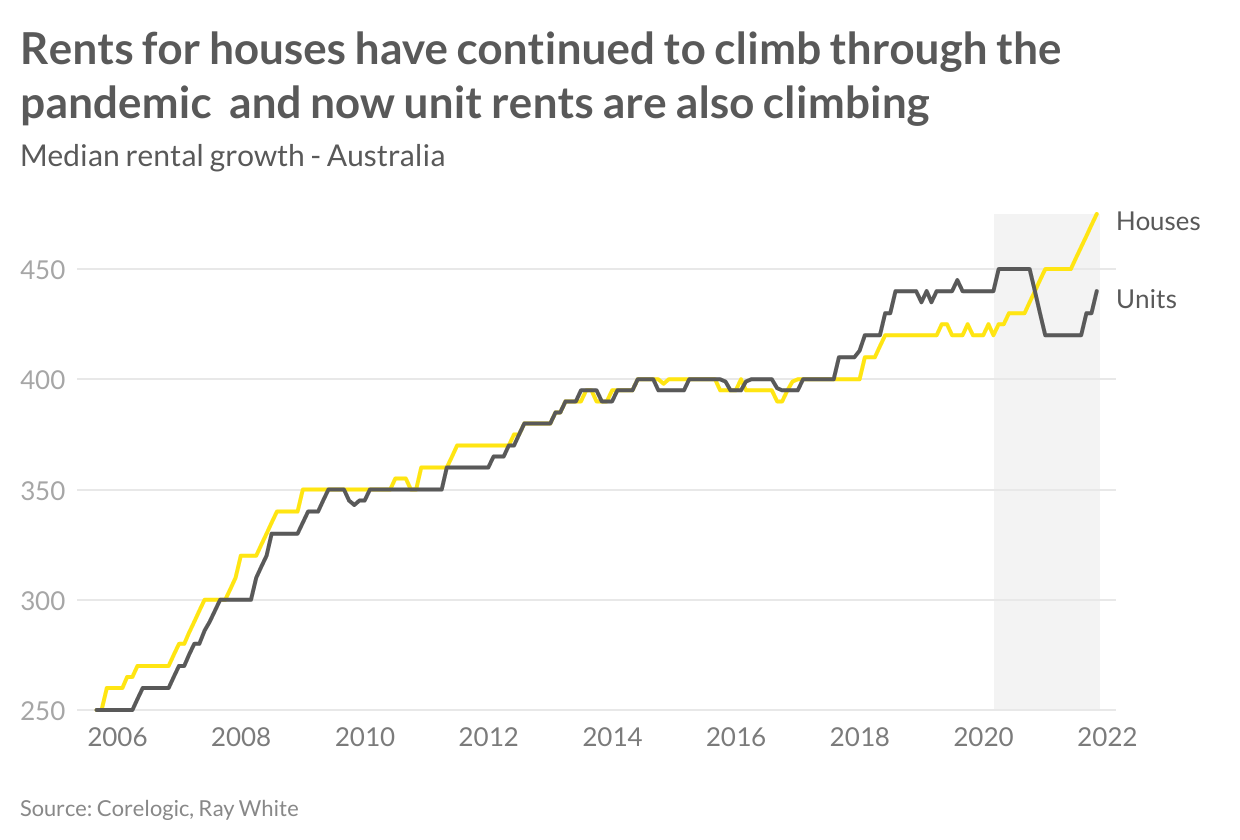 Construction costs were a major component of high inflation in the September quarter. While prices rose by 3 per cent overall, new dwelling purchases rose by 3.3 per cent with the higher than average increase driven by supply disruptions and a shortage of materials.

It’s likely that these higher costs will continue in the first half of 2022 and may also be exacerbated by high wages costs and stockpiling of materials. By the second half of the year, it’s likely that many of the supply disruptions will have flowed through and construction costs will start to moderate.