What do you REALLY know about the Shire? 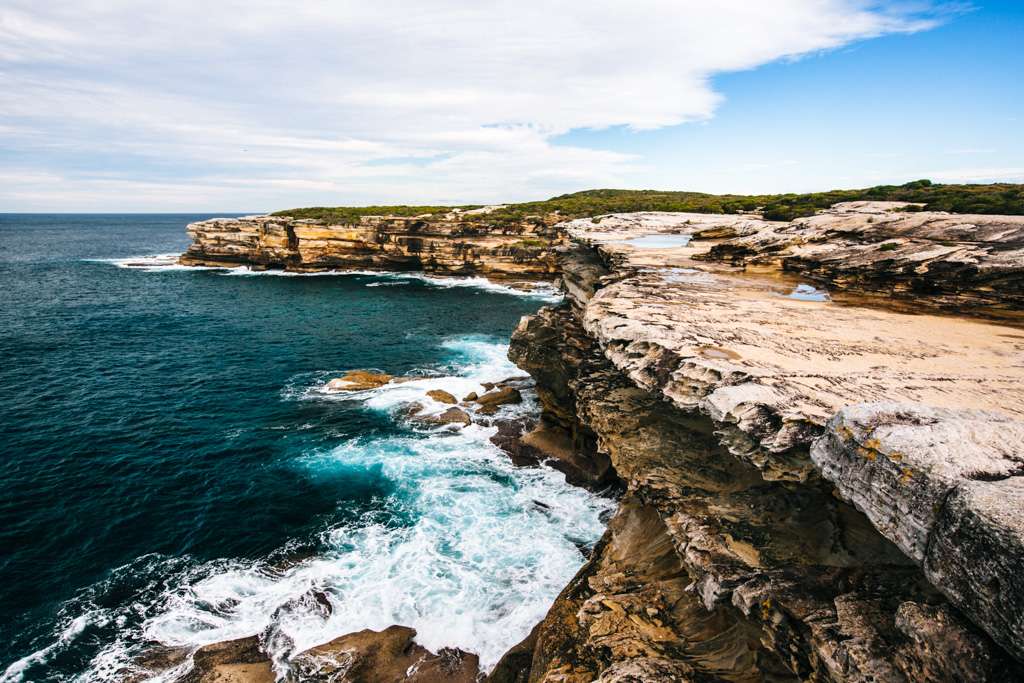 Sutherland Shire is located at the southern coastal border of the Sydney metropolitan area, about 26 kilometres from the Sydney CBD.

Sutherland Shire is bounded by the City of Canterbury Bankstown and the Georges River in the north, the South Pacific Ocean in the east, Wollongong City and Royal National Park in the south, and Deadman's Creek, Woronora Dam, Campbelltown City and Liverpool City in the west.

The original inhabitants of the Sutherland area were the Dharawal Aboriginal people. The name 'Sutherland Shire' is actually thought to be named after Forby Sutherland, a sailor on the 'Endeavour'.

On the east the Shire has a varying landscape of rugged sea cliffs and sandy beaches, and swampy bay coasts backed by sand dunes. To the west the surface consists of a broad plateau rising gently to the southwest, and cut into by several deep river gorges.

Archaeological work in the Sutherland Shire has revealed evidence for Aboriginal settlement dating back at least 8,500 years.

The original coastline around Sydney has retreated about 20 km and that those flooded coastal plains may hold evidence showing occupation of this area going back well beyond the 8,500 years revealed in the 1966 Archaeological exploration.

Within the Royal National Park, field surveys have revealed many hundreds of Aboriginal rock shelters. In other locations (The Military Area near Holsworthy and Darkes Forrest) there are thousands of sites, camping areas and sacred places.

These areas mentioned have not been affected greatly by European occupation and building and may give a clearer example for the quality of life and abundance of resources in Sutherland/Liverpool areas.

European discovery of what is now Sutherland Shire was made by Lieutenant James Cook, who entered Botany Bay on 29 April 1770. Cook and his party explored around Kurnell Peninsula, and left the bay on 6 May. During their brief stay, a Scottish seaman named Forbes Sutherland died of tuberculosis. In his honour, Cook named the northwest point of the peninsula 'Point Sutherland'

The first landowner in Sutherland Shire was James Birnie, a mercantile trader who was granted by promise 700 acres (280 ha) at Kurnell in 1815. After the completion of official surveying, a large part of what is now Sutherland Shire was proclaimed as the Hundred of Woronora by Governor Richard Bourke in 1835.

Title to land was not granted by the Crown until 1856, before which there was practically no settlement. Timber cutting was the primary industry, supplemented by shell gathering in the Port Hacking area

In 1919, the Illawong area was also transferred to Sutherland Shire. Coastal and river frontage areas, such as Como, Illawong, Cronulla, Illawarra and Yowie Bay, became popular as country retreats.

A form of voluntary local government was attempted in 1888, but law and order was still administered by the court at Liverpool until 1905. 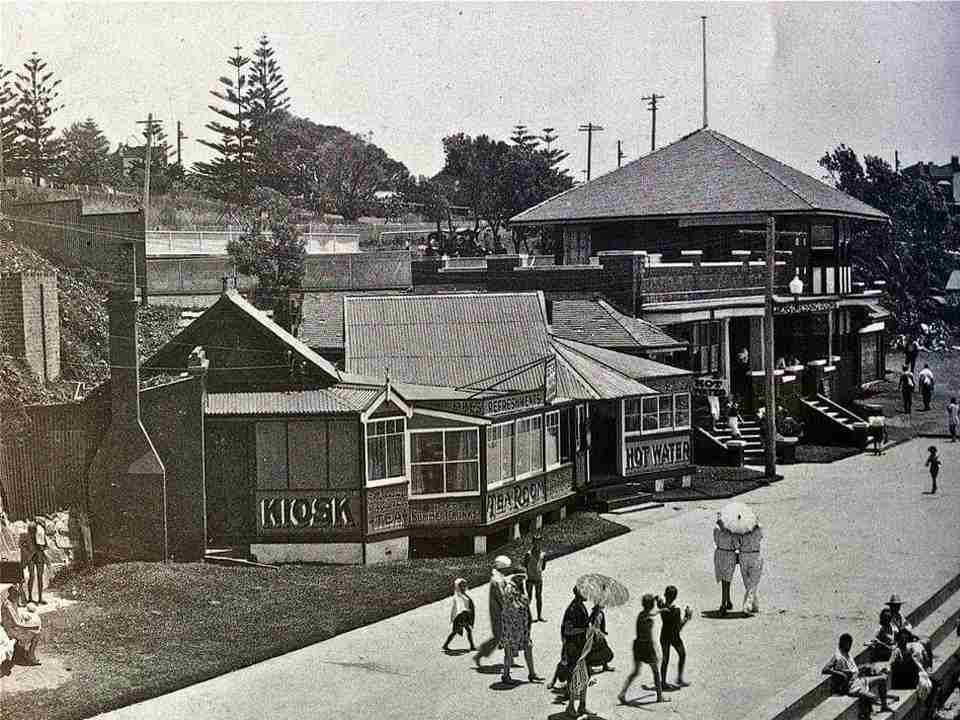 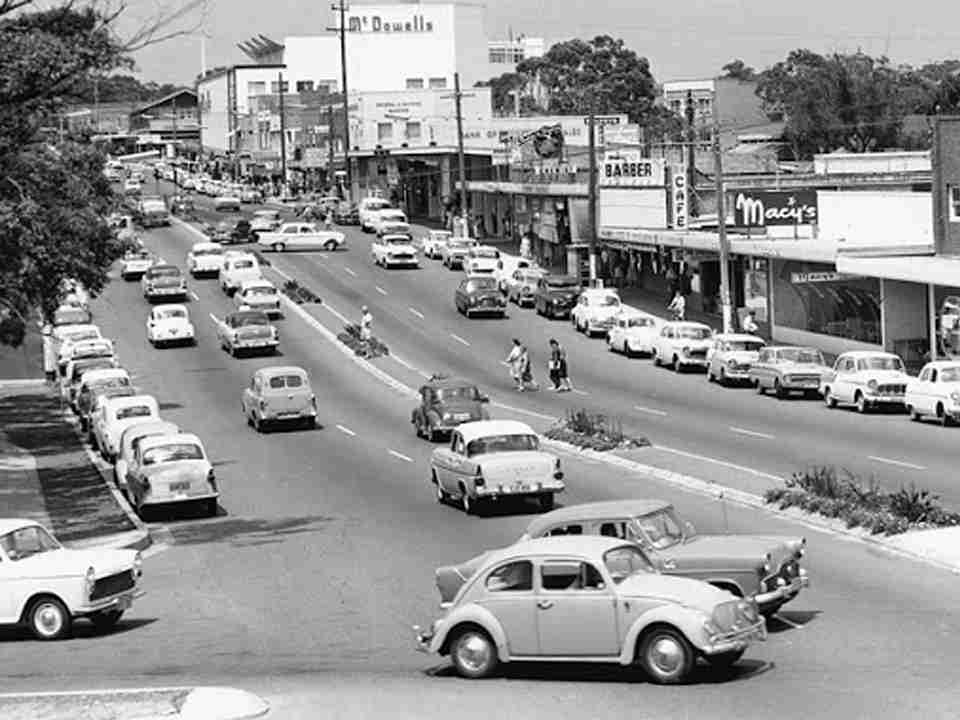 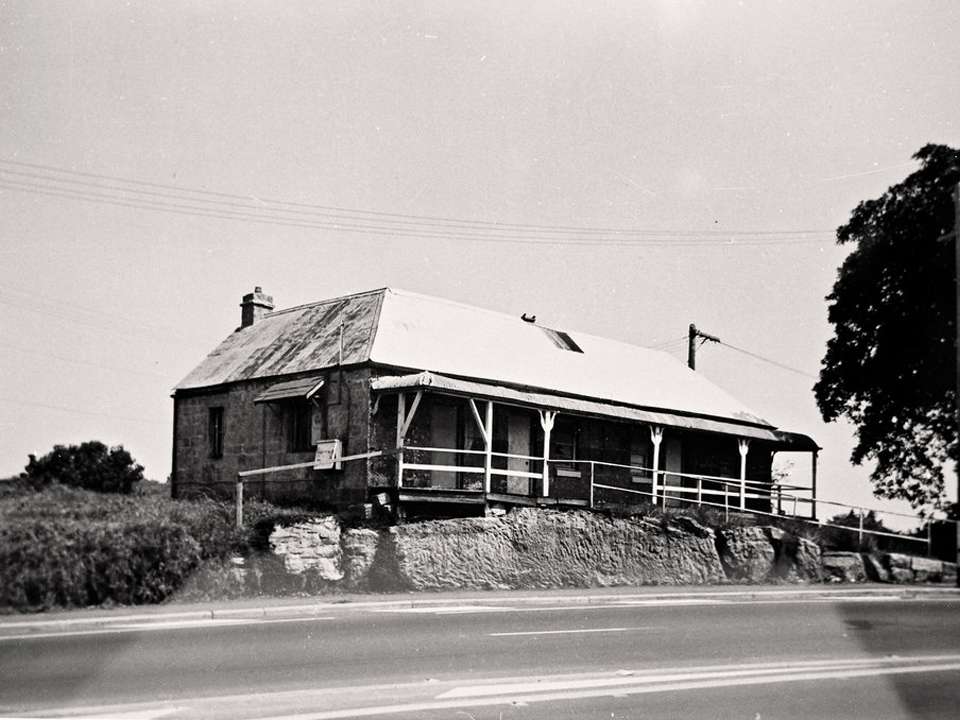 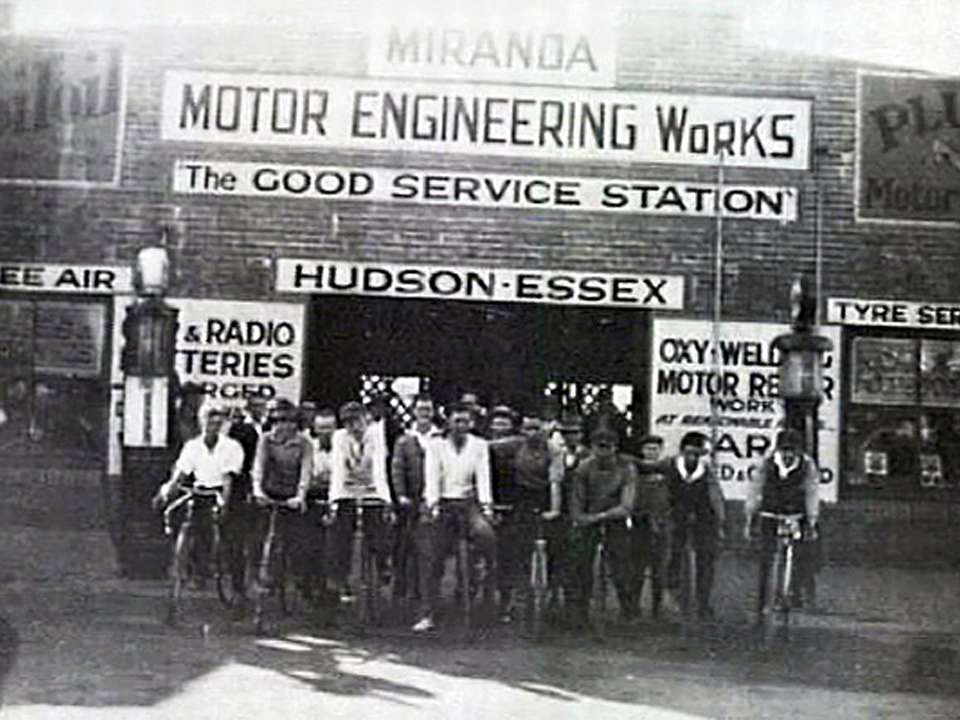 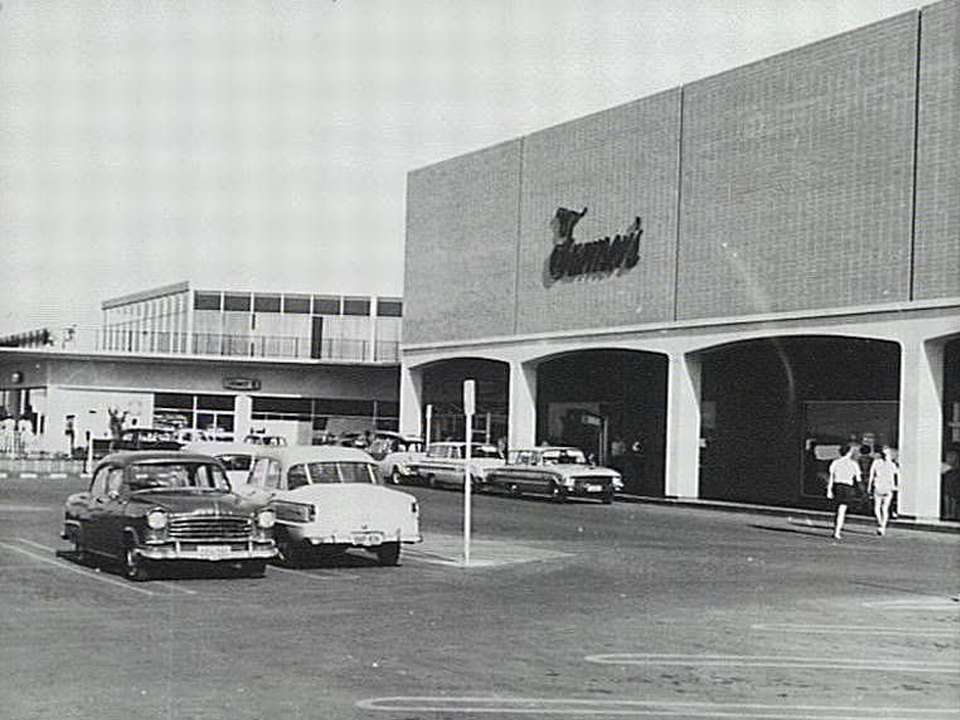 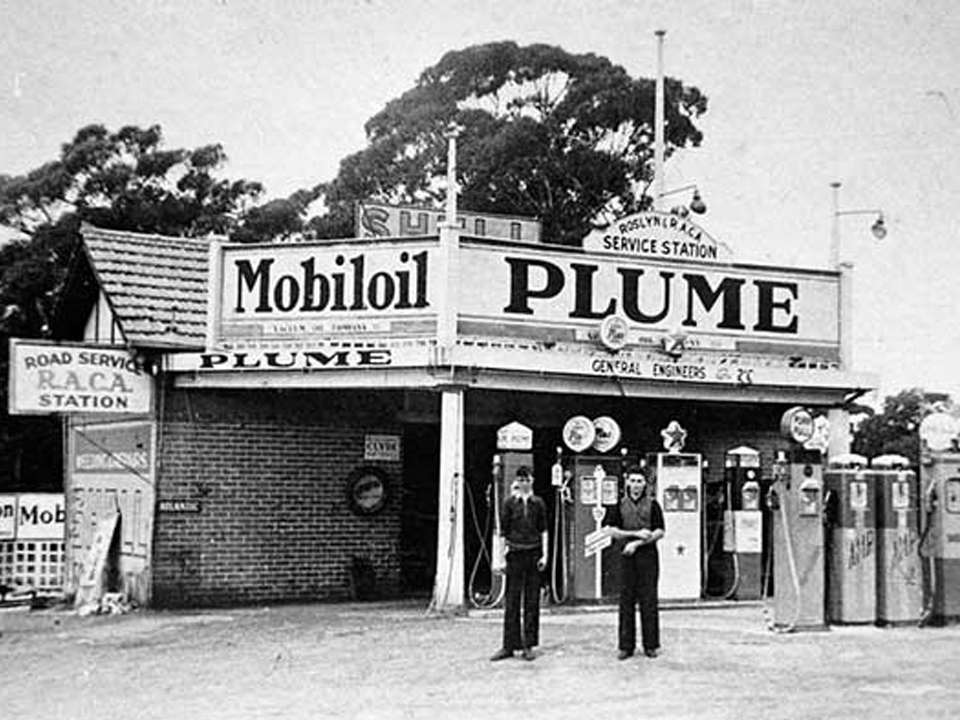 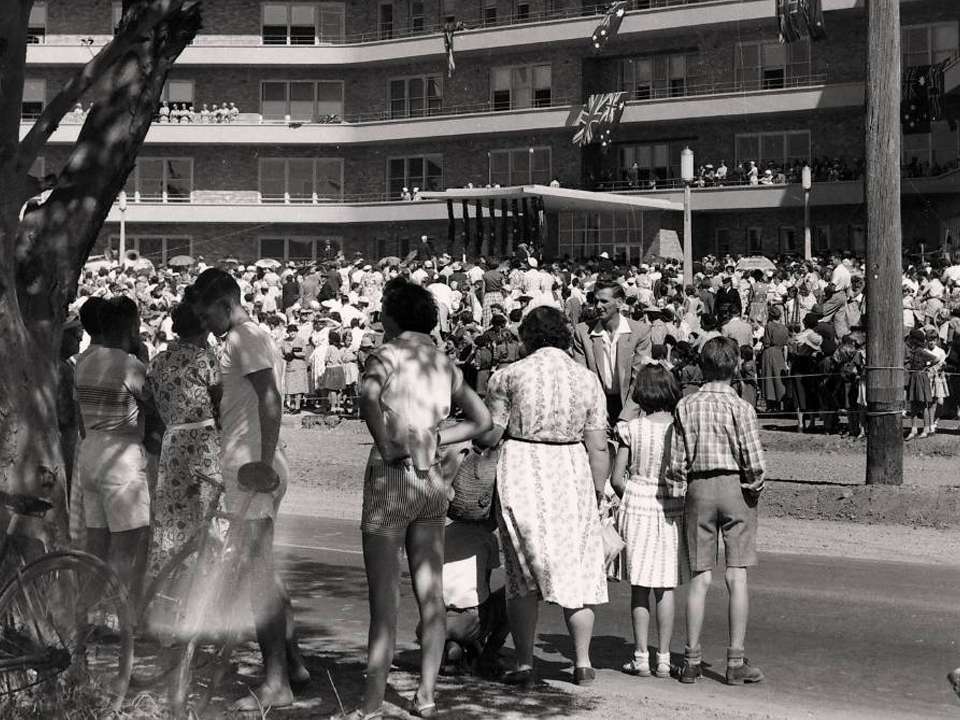 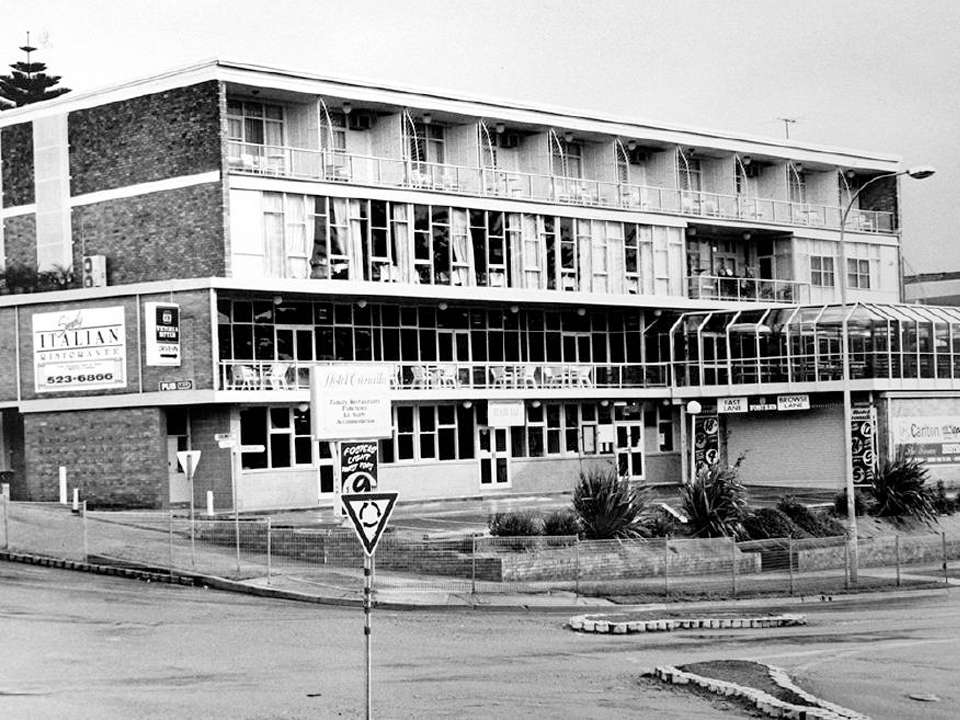 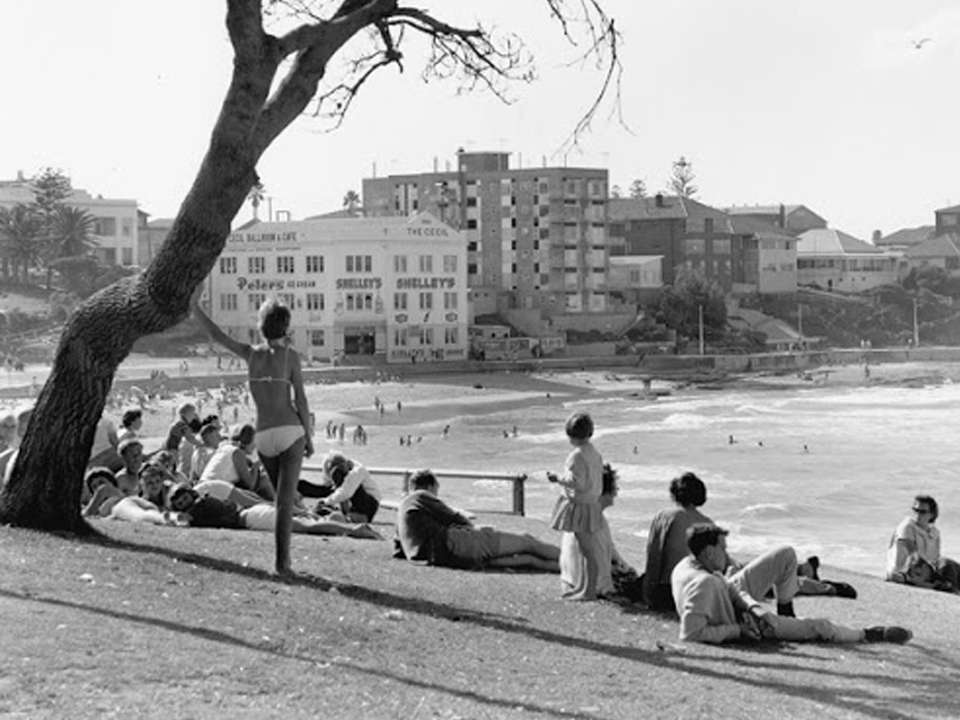 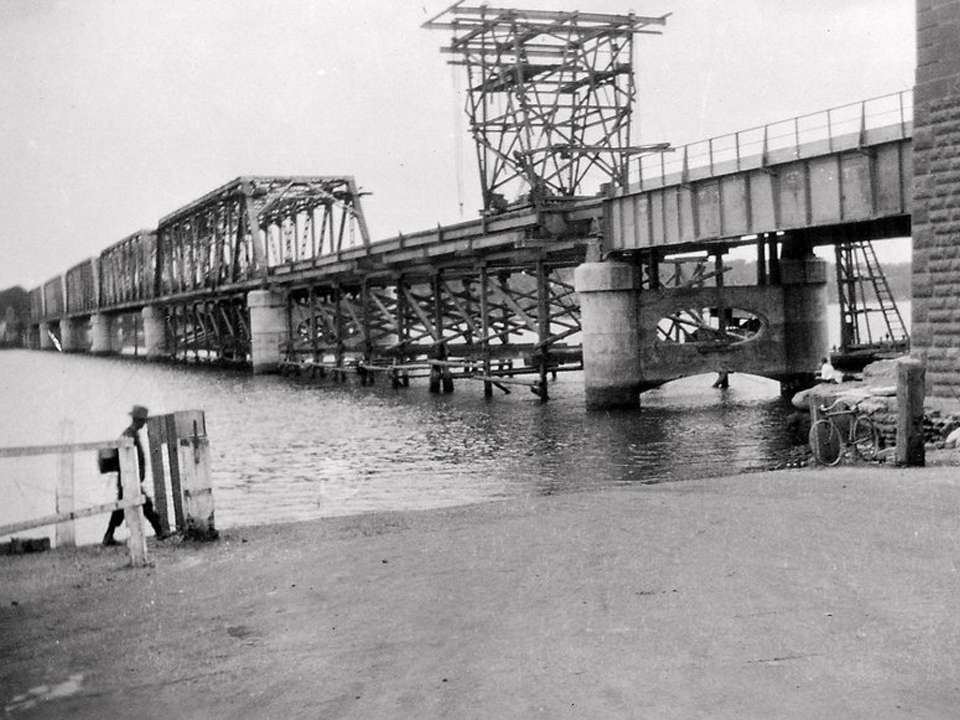 The construction of the Sutherland-Cronulla tramway by the Railway Commissioner went far in stimulating business activity and driving land sales. The population of the Shire increased from 2,896 in 1911, when the tramway opened, to over 7,500 in 1913.

After the Second World War, the Housing Commission, under the auspices of William McKell, began acquiring land to build "homes for heroes", including in the Sutherland Shire.

It was not until the early 1950s that this district of scattered dwellings, vacant blocks and quiet villages became a suburban area of Sydney. Until this time Sutherland Shire was not considered part of Sydney.

Associated with this growth of population was industrial, social and commercial development. The Sutherland Shire Libraries system was established in 1953 in a former doctor's home at Sutherland with 8,000 books.

The Captain Cook Drive from Caringbah to Kurnell was constructed in 1953 in conjunction with the establishment in 1956 of the Australian Oil Refinery at Kurnell. At Lucas Heights, the Australian Atomic Energy Commission (now the Australian Nuclear Science and Technology Organisation) built its research station complex in 1958.

In terms of residential development, one of the most imaginative homebuilding concepts has been Sylvania Waters. Here, individually designed family homes have been built around a series of man-made canals. The urban release of land in the Menai district, to the west of the Woronora River, commenced in the 1970s.

The Sutherland Shire is predominantly a residential area but also has substantial industrial, commercial and rural areas.

The major commercial areas of the Shire are located in the suburbs of Sutherland, Miranda (home to a large Westfield shopping centre, traditionally known as Miranda Fair), Cronulla, Caringbah, Menai and Engadine.

The Sutherland Shire has a number of heritage-listed sites, including: